*As an Amazon Associate I earn from qualifying purchases* 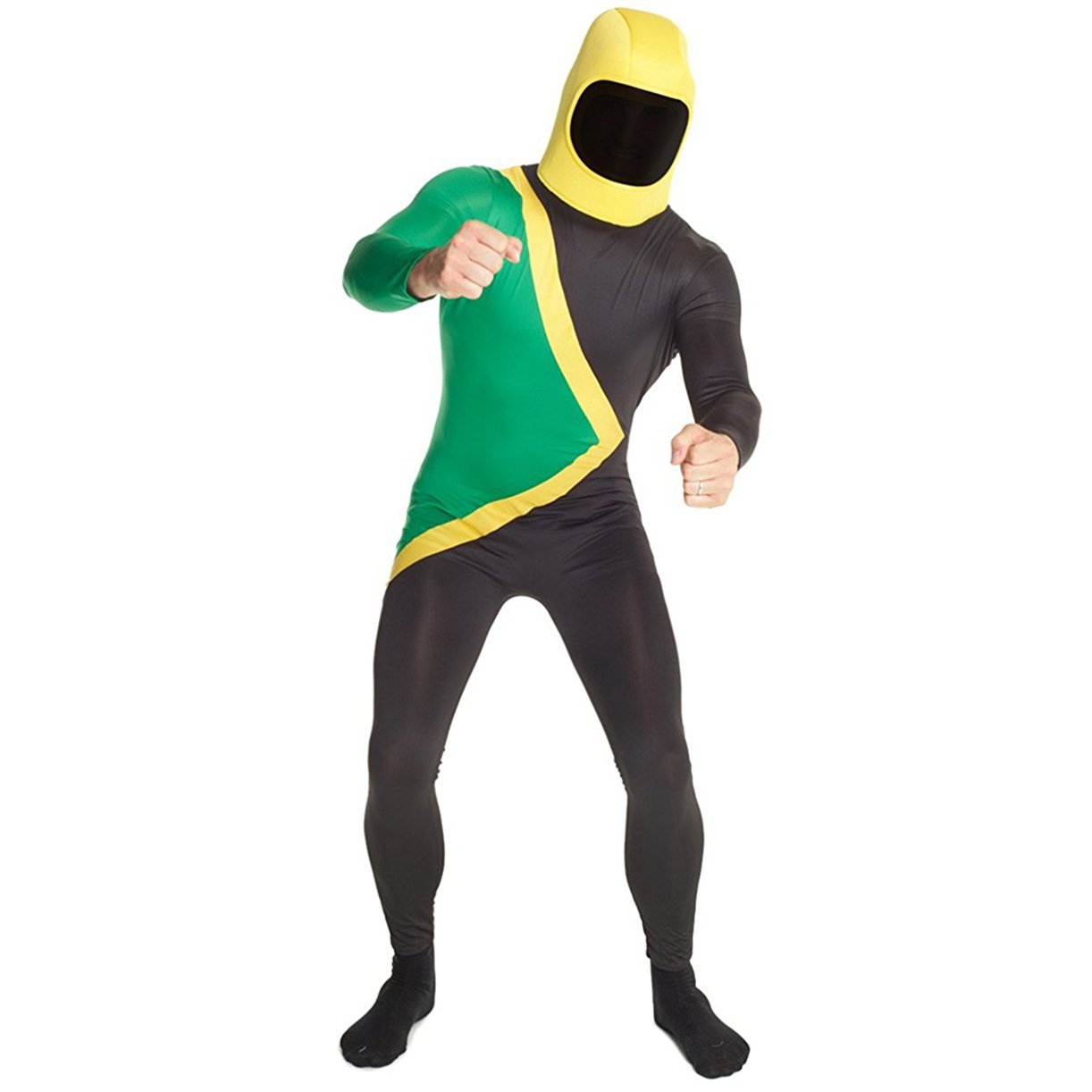 Product prices and availability are accurate as of the date/time indicated and are subject to change. Any price and availability information displayed on [relevant Amazon Site(s), as applicable] at the time of purchase will apply to the purchase of this product.

Cool Runnings is a 1993 American comedy sports film directed by Jon Turteltaub and starring Leon, Doug E. Doug, Rawle D. Lewis, Malik Yoba, and John Candy. The film was released in the United States on October 1, 1993. It was Candy’s last film to be released during his lifetime. It is loosely based on the true story of the Jamaica national bobsleigh team‘s debut in competition during the 1988 Winter Olympics in Calgary, Alberta, Canada.[1][2] The film received positive reviews, and the film’s soundtrack also became popular with Jimmy Cliff‘s cover of “I Can See Clearly Now” reaching the top 40 as a single in nations such as Canada, France, and the UK. (wikipedia)

Inspired by Cool Runnings.OFFICAL MORPHSUIT COSTUME: The Jamaican Morphsuit, inspired by Cool Runnings. Hop in the bath and practice your corners
PERFECT FOR PARTIES: Jamaican costumes are perfect for Halloween and parties, the only thing cooler than one Jamaican Morphsuit, is a squad of 4
SIZES THAT FIT: Size based on height: Medium 5″-5″4 (150cm-162cm); Large 5″5-5″9 (163cm-175cm); XLarge 5″10-6″1 (176cm-185cm); XXLarge 6″2-6″9 (186cm-206cm)
HIGH QUALITY JAMAICAN COSTUME: Our high quality material means a 4-way stretch, with double zips and re-enforced stitching at stress points to make sure this Jamaican Morphsuit lasts more than one wear. Hand wash in cold water, air dry and you’re good to go again
MORPH COSTUMES: From Morphsuits, the world’s most popular costume brand which you can see through, breathe through and drink through. 1.3 million Facebook followers cannot be wrong; over 2 million costumes sold.

There are no reviews yet.

This site is a participant in the Amazon Services LLC Associates Program, an affiliate advertising program designed to provide a means for sites to earn advertising fees by advertising and linking to Amazon.com. See our Amazon Affiliate Disclosure here.

Scroll back to top